Two breathtaking climbs that overlook the Ladin valleys, Passo Sella and Passo Pordoi will witness the pros battle on the same roads in pursuit of the maglia rosa in the 2016 Giro d’Italia.

Located between the Gruppo del Sella and the high Marmolada group, the Pordoi pass is at an altitude of 2,239 m. Although the climb from Arabba is relatively short at just 9.2 km, with a constant gradient hovering between 6% and 9% and never tipping beyond double figures, the Pordoi has an enviably rich cycling heritage. First used in the 1940 Giro d’Italia, it has witnessed more race action than many of its peers put together, and a monument at the top is dedicated to the great Italian champion Fausto Coppi, who was the first to summit the Pordoi in the Giro no less than five times. 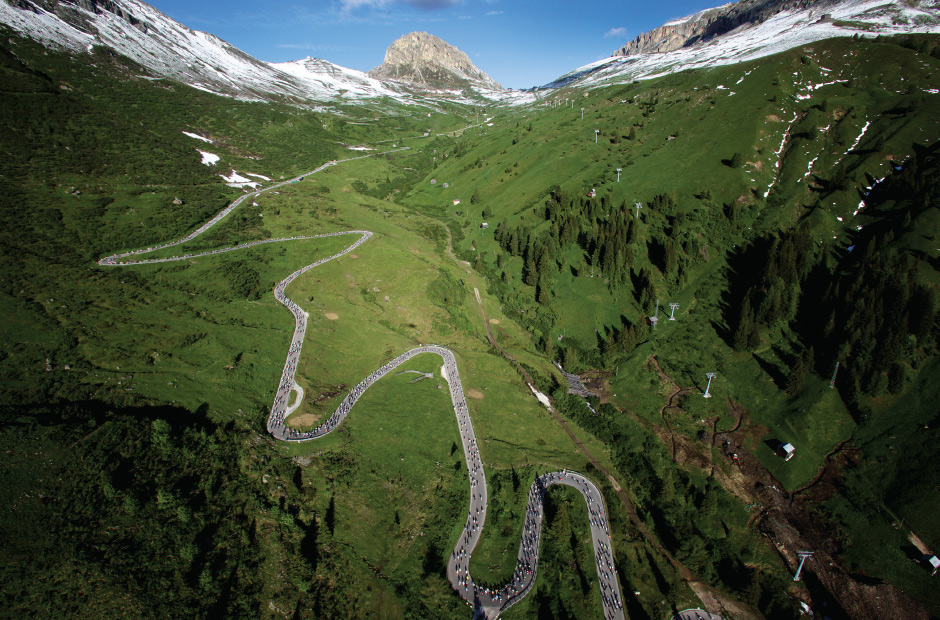 On paper, this may look like an easy ride, but only until the wind picks up and decides the pace of your climb. In the first 3.5 km of the Pordoi, you have just 4 series of hairpins with a few long straights in between. If you get headwind here at the beginning, it will be tough the whole way to the top. After the first 3.5 km, the real Pordoi starts: 22 hairpins in 4.5 km! This is an average of 1 hairpin every 200 meters. In the last kilometer up to the top of the pass, let the wind decide your pace again.

“The Pordoi is the easiest-to-ride pass of the Sella group. When I ride on the Pordoi, it always feels like a kind of an elevation to the top: this gives me a great feeling of lightheartedness. The Pordoi is connected to Coppi and Bartali, who wrote cycling history on these roads” says Maria Canins, two-time winner of the Grande Boucle Féminine. 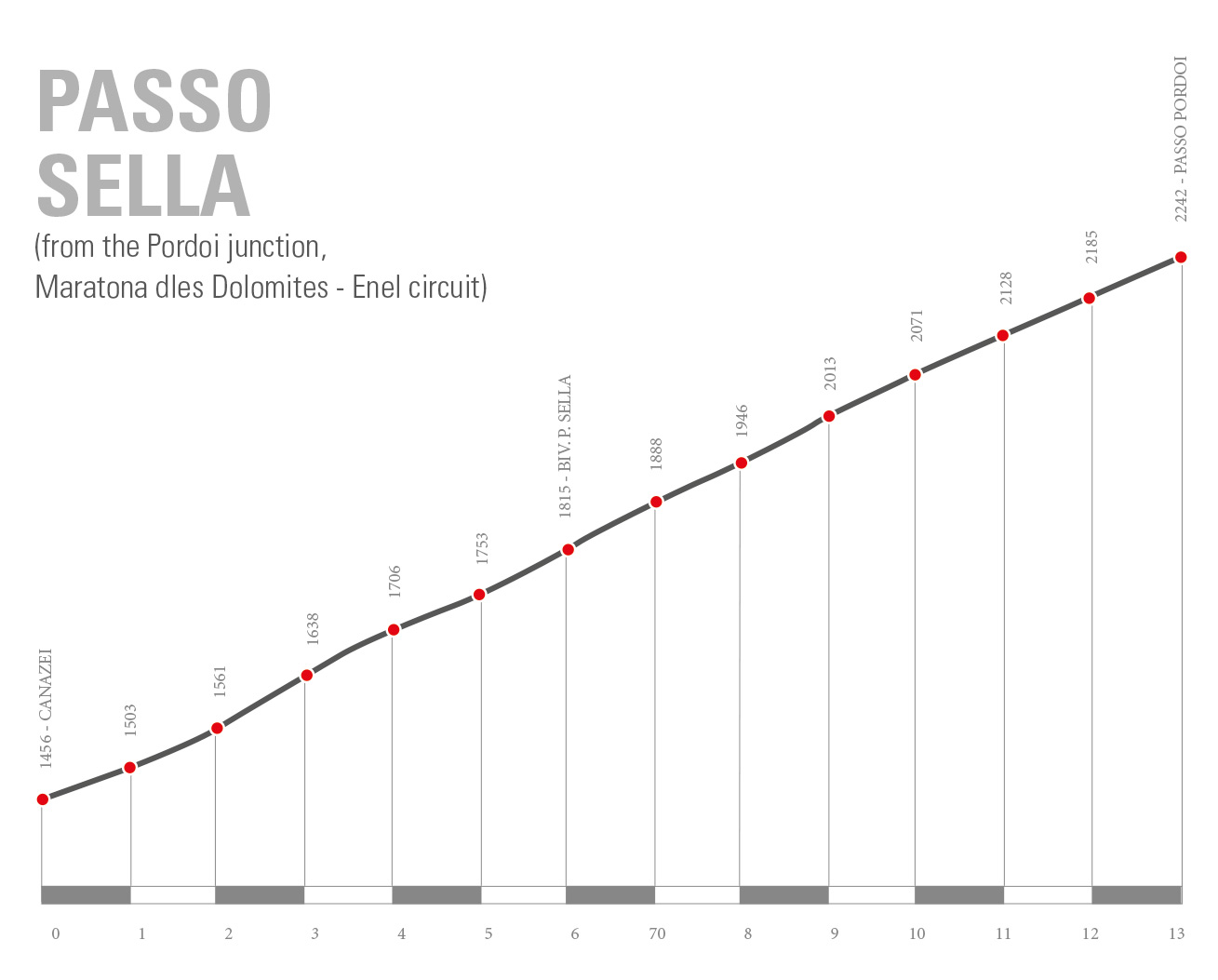 Passo Sella is named after the majestic Sella massif group of mountains that you ride around when completing the Sella Ronda circuit. Sella is a climb that offers fabulous scenery. At 2,244 m Passo Sella has twice been the Cima Coppi, or highest point of the Giro d’Italia. 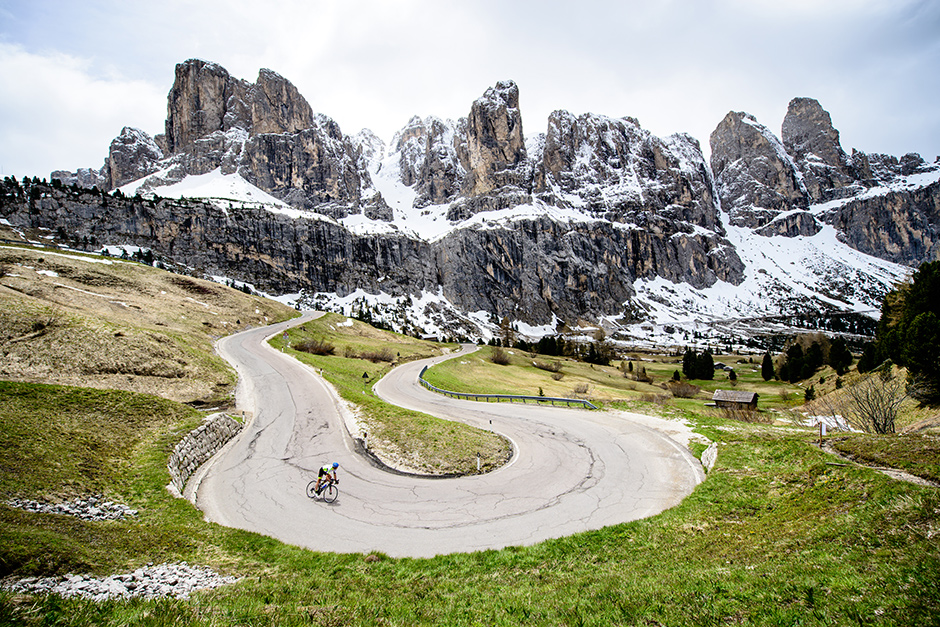 In the Maratona dles Dolomites – Enel sportive, Passo Sella comes immediately after the descent from Passo Pordoi. The steepest gradient of the climb, 12%, appears in three places. After 1.2 km from the start, things get serious. A left turn takes you to the side of the mountain that you will climb all the way to the top.

The Sella can be a challenge to climb because it doesn’t have a steady gradient. Luckily, it’s short; there are only 4.5 km left to reach the top.