Stage 14 of this year’s Giro d’Italia was classified as one of the crucial stages.

Riders had to handle a 60k ITT between Treviso and Valdobbiadene, basically packed with two climbs followed by technical descents. This meant ‘full throttle’ for stage hunters and GC contenders and some maths for domestiques to stay within the time cut. As if that was not enough, it was raining all day.

After visiting a few GT stages in the past few years – a must do for every cycling fan – I was lucky enough to receive a special invitation for that stage. In short: following a rider in the team car. How cool is that?

‘My’ rider was Tom-Jelte Slagter who launched a solo breakaway on stage 9 but unfortunately missed the stage win on that day.

I arrived at the Cannondale-Garmin team bus at around midday, got a quick briefing and had a chance to watch the riders in their warm-up. One after another followed a precise timing on the rollers. Some found time for a quick chat with the media or joked with mechanics or team mates. Ryder Hesjedal – winner of the 2012 Giro d’Italia – was even followed by a Maserati with a mounted Cannondale Slice.

13:49 – #159 rolled off and Stefano (the driver of Cannondale-Garmin’s Skoda) and I picked up speed. I hardly had time to process all those impressions from inside the team car one can’t see on TV.

It’s definitely been an unforgettable experience. Here are some images of my day … 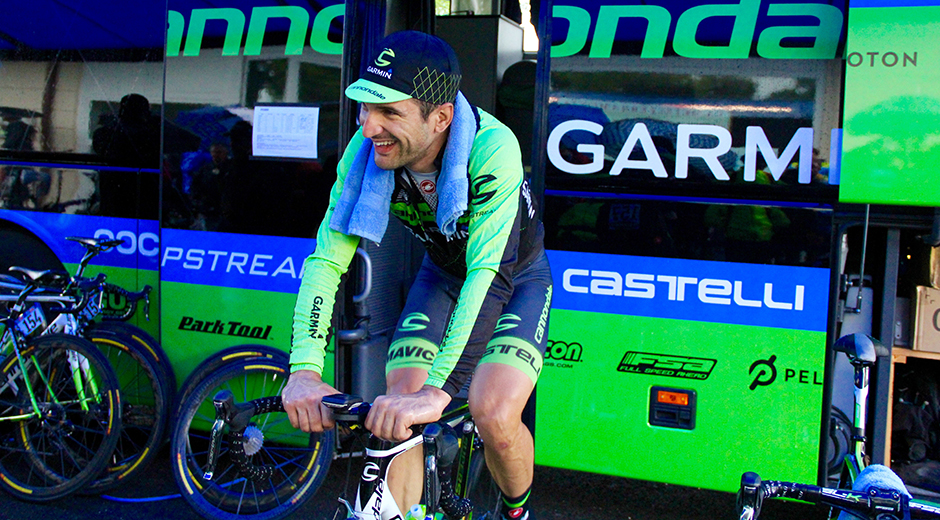 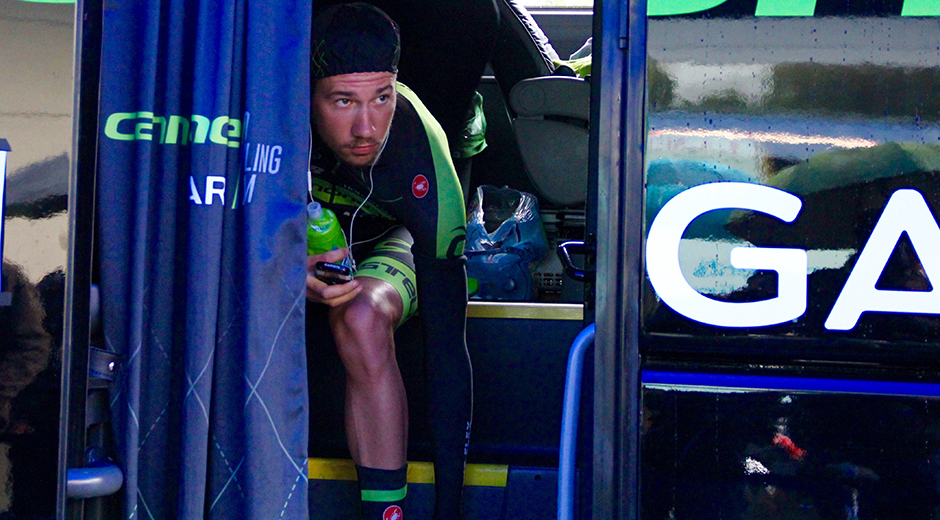 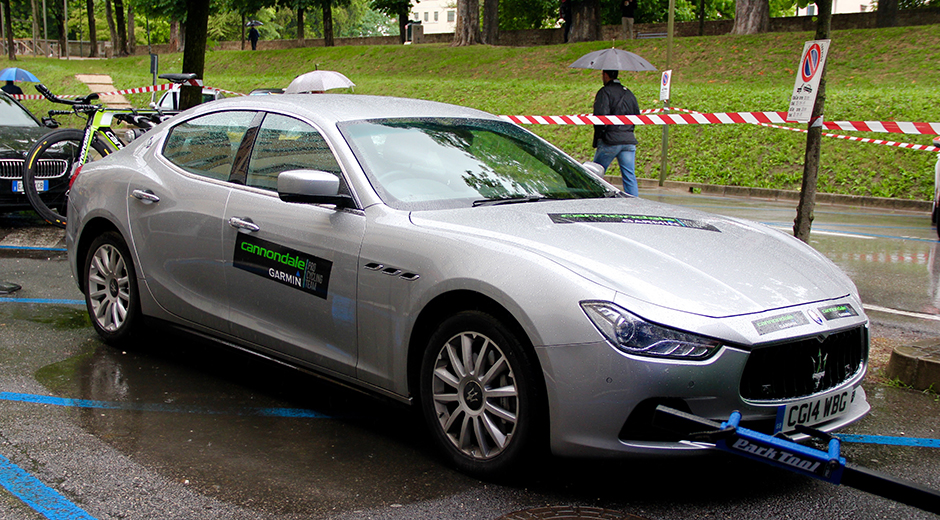 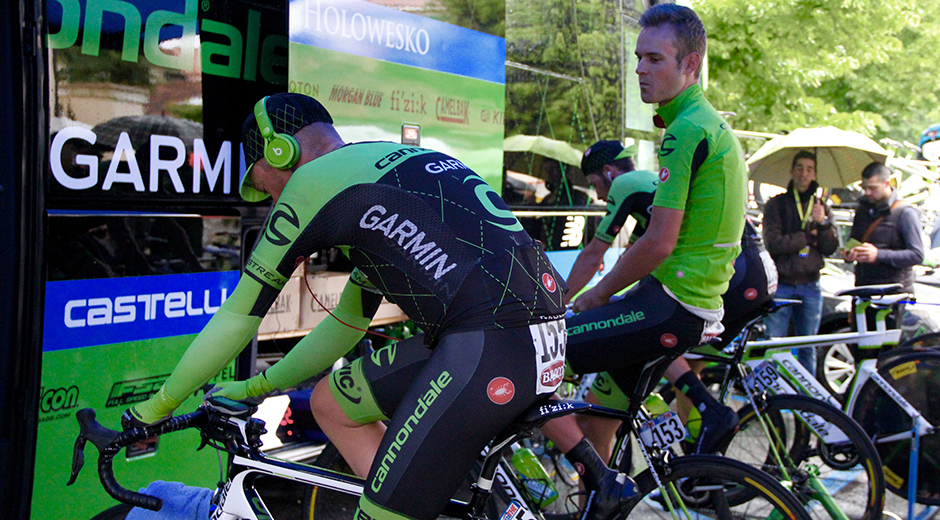 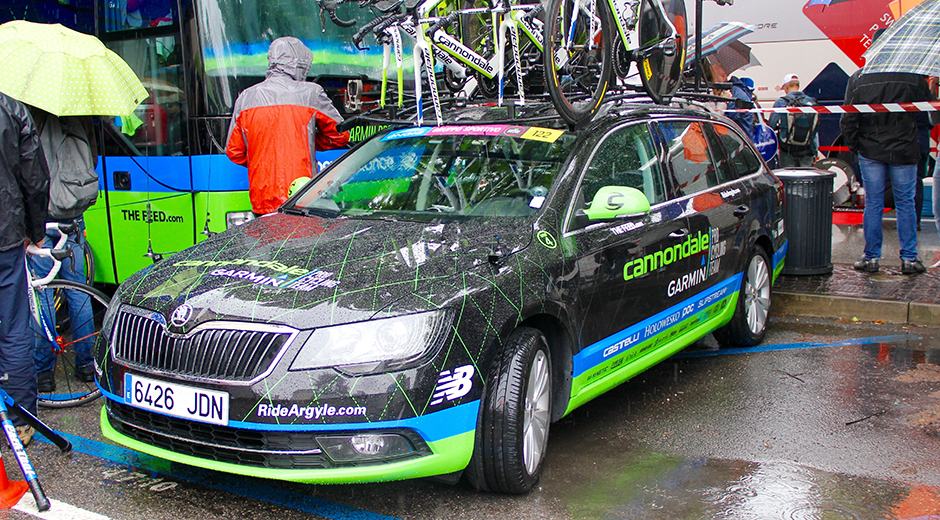 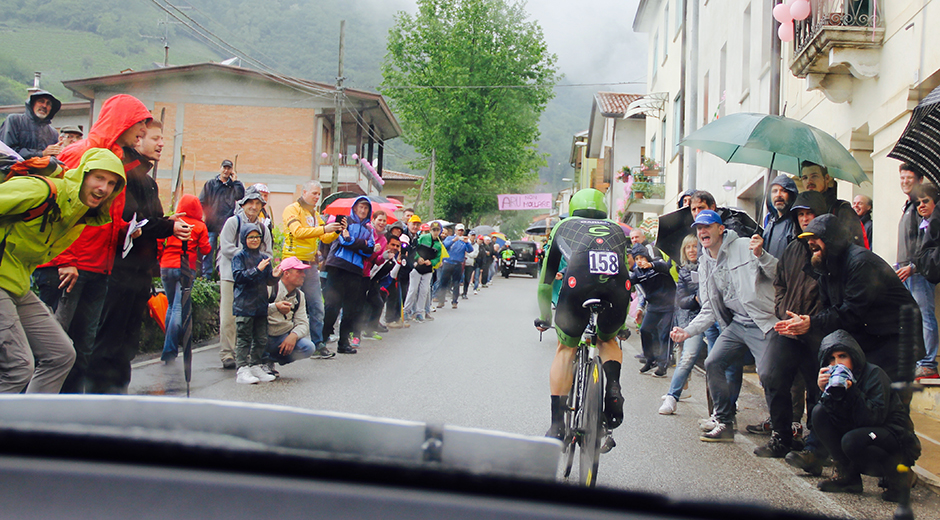 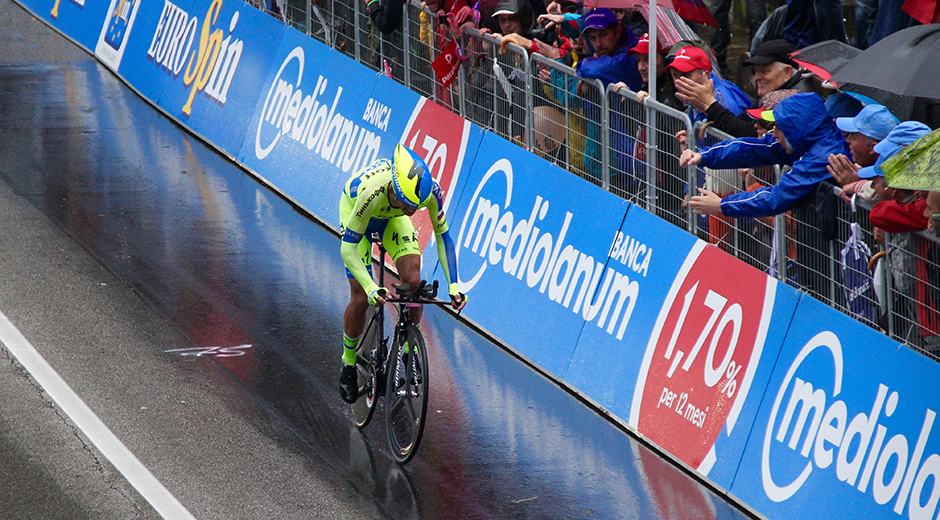