The Tour de France is nearly over for another year, and with all eyes on this summer’s Olympic Games in Rio, Castelli today unveiled the kit for the Italian athletes competing in the cycling events.

Ahead of the kickoff of the 2016 Olympic Games in Brazil, Castelli and the Italian National Cycling Federation today unveiled the innovative 2016 Rio kit featuring various cuts and textiles, as the fabrics perform differently at different speeds.

Castelli has been the technical sponsor of the Italian National Cycling Federation since 2010. The advanced cycling apparel brand has created the best cycling garments on the market by working with professional cycling teams.

“We currently work with cycling teams racing at the highest level, and after six years of supplying the national team clothing it’s exciting to take the next step and become official sponsor of the national team,” said Castelli vice president Dario Cremonese.

“Castelli leads in innovation and performance and has a long history of supplying exceptional cycling clothing to professional athletes.”

“We’re delighted to work with Castelli. The company leads in innovation and performance and has a long history of supplying exceptional cycling clothing to professional athletes,” said Davide Cassani, head coach of the Italian National Team. 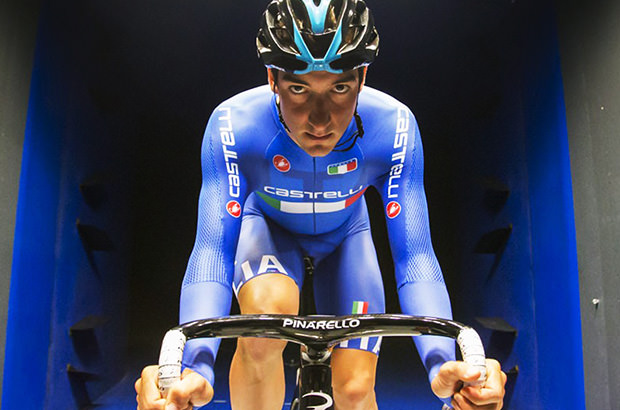 Team Sky rider Elia Viviani will compete in the omnium, which features six different track racing disciplines, meaning that Castelli has developed multiple skinsuits, with each designed for a specific event. We tested 15 different textiles and cuts to find the combinations that suit him best, for both the individual and group races, as the fabrics perform differently at different speeds.