For the 1989 edition of the Tour de France, Castelli had the Italian pop painter and sculptor, Mario Schifano, to design the official Tour leader jerseys. Yellow, King of the Mountains, Green, Red and Combination. (There was no white jersey, for best young rider, awarded in the 1989 Tour.)

Mario Schifano did a great job of enhancing and modernizing the look of the jerseys, by incorporating colorful and dynamic graphics into the traditional designs of the official jerseys. 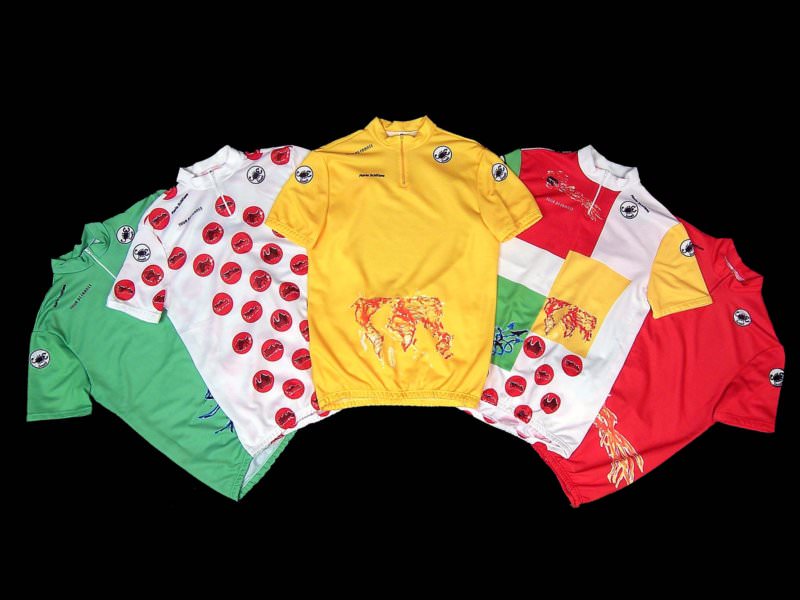 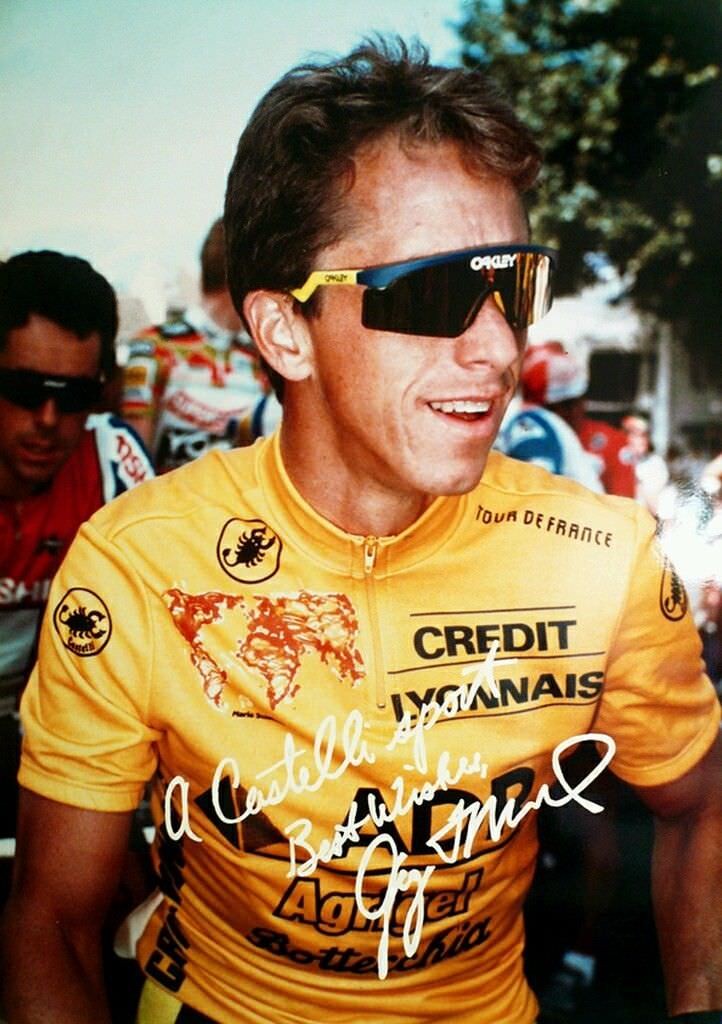 Greg Lemond won the “Maillot Jaune” this year in what many consider the greatest Tour ever, when he beat Laurent Fignon by 8 seconds in the final stage. 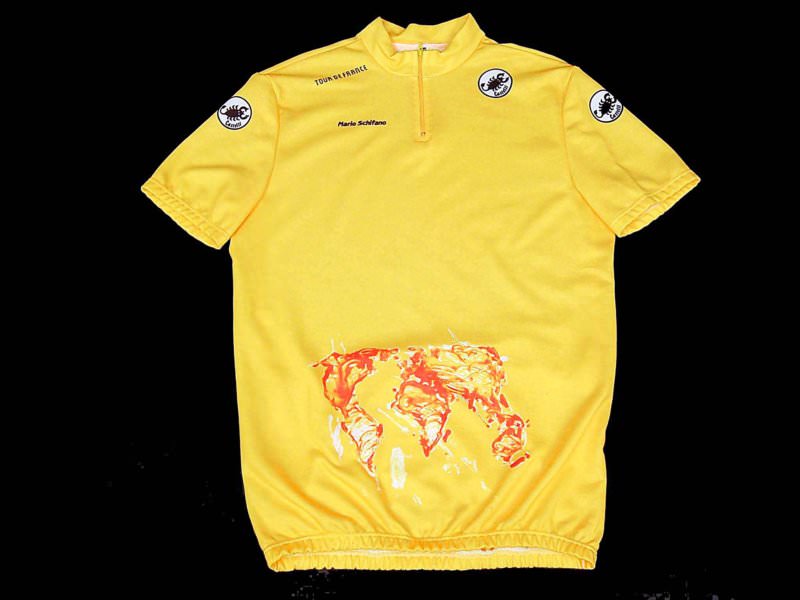 Map of the World

WHITE WITH RED CIRCLES – KING OF THE MOUNTAINS 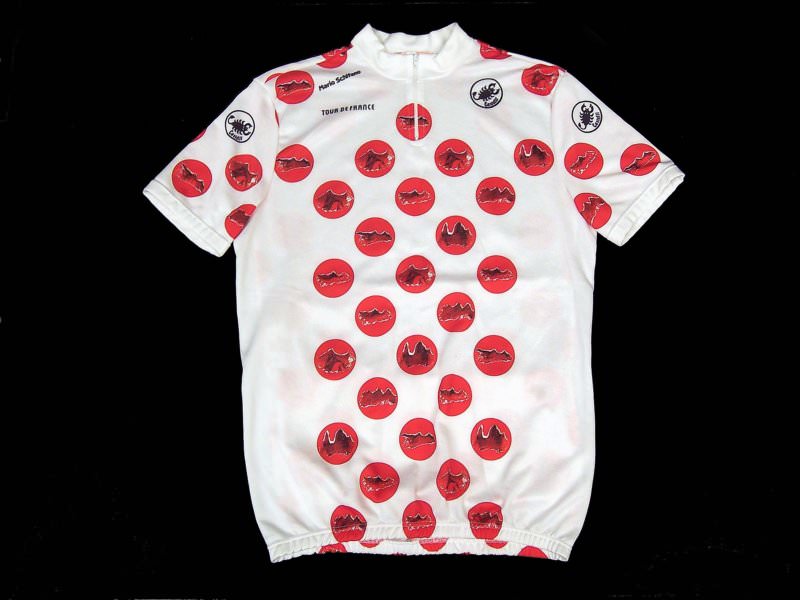 Dutchman Gert Jan Theunisse from the PDM team won this jersey, the “Maillot a Pois,” in 1989. 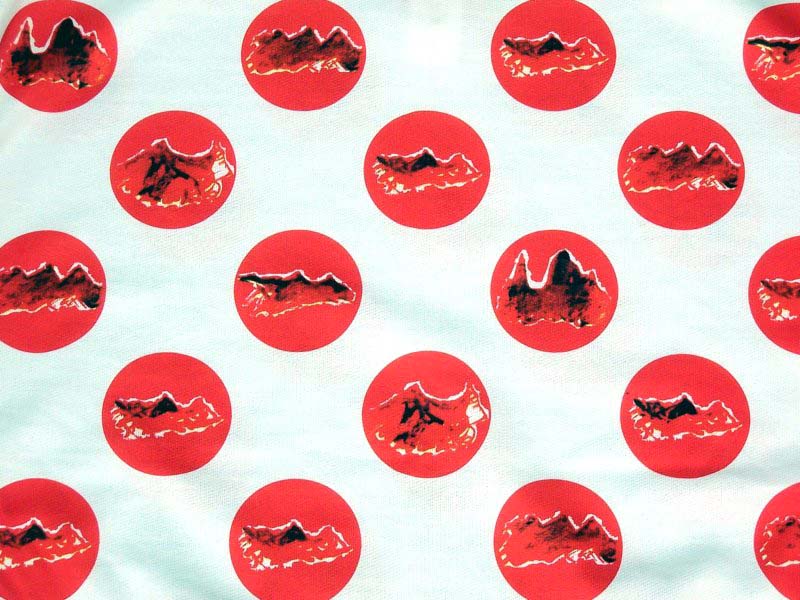 There are four different mountain profiles pictured above – do you know which ones they are? 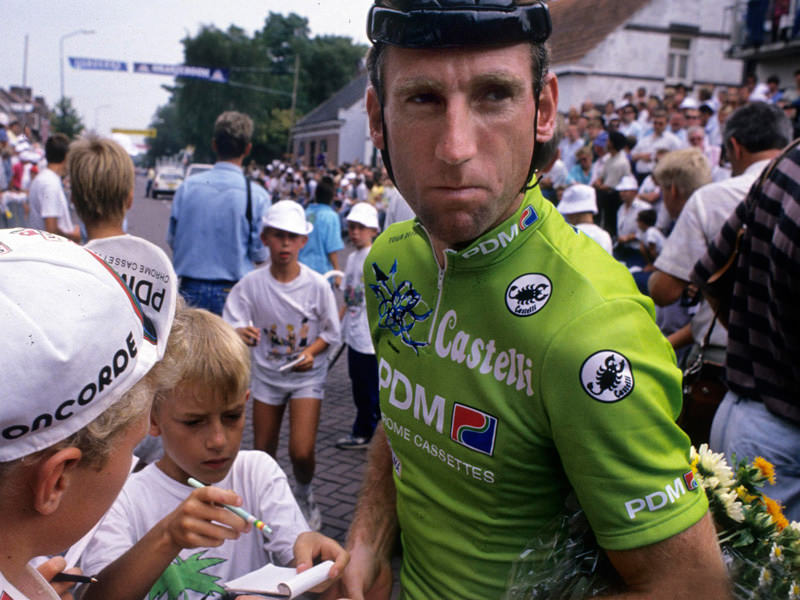 Irishman Sean Kelly, the great sprinter and classics rider, won the “Maillot Vert” jersey this year – one of five Green jerseys he won during his career. 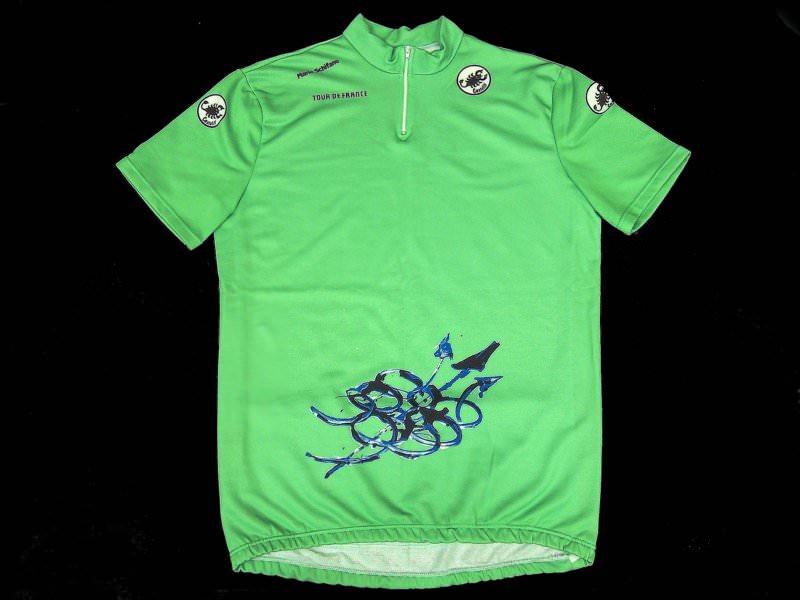 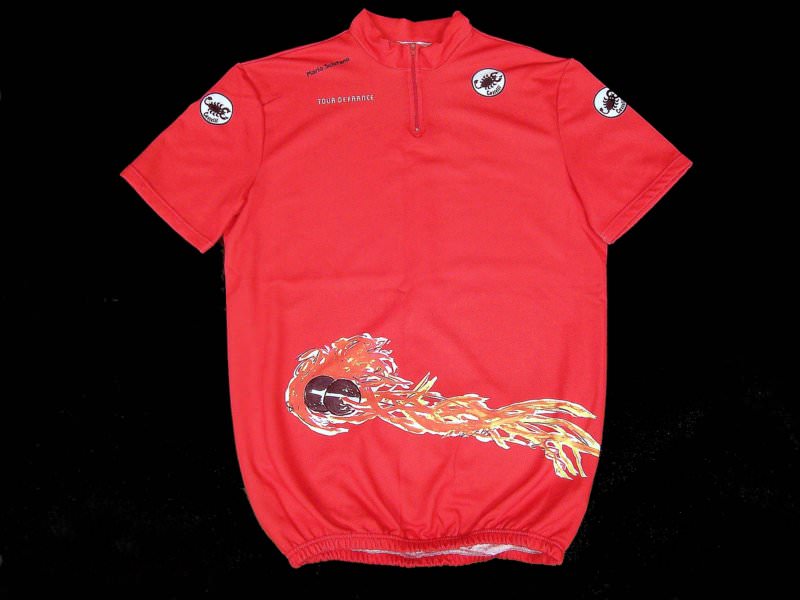 Apart from the Green sprinters Points jersey,  Sean Kelly also won the “Maillot Rouge” in 1989. This was the last year in which the Red jersey was awarded. 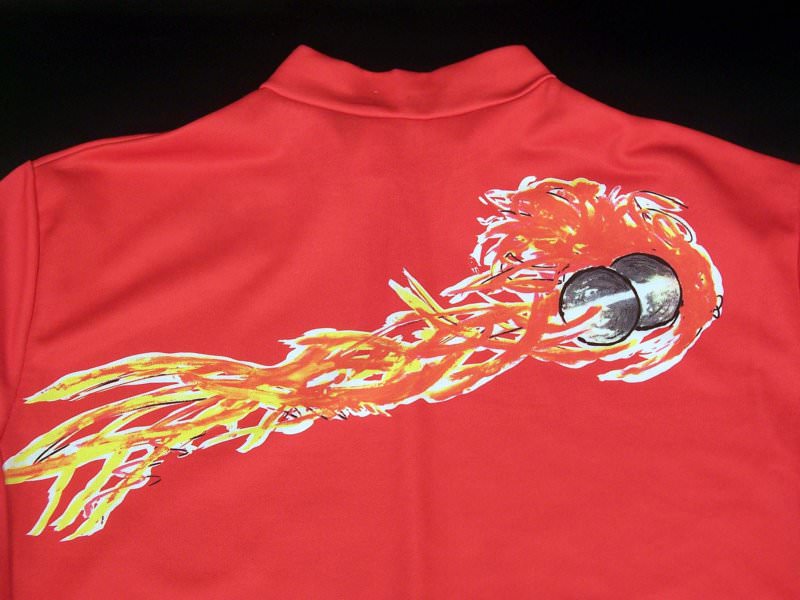 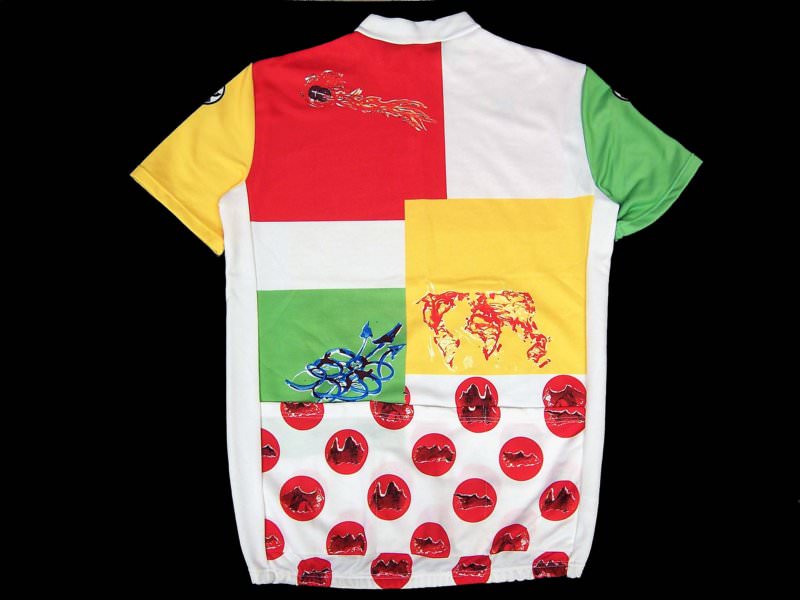