The american dream. A young dreamer from Portland is leading the Italian company.

Steve Smith is the brand manager of the European division of Castelli, but he also works very closely with the US organization. Like Maurizio Castelli, he always pays close attention to pro cyclists’ recommendations, needs and ideas to improve Castelli products.
Steve, who grew up in Portland, Oregon, has always had a passion for cycling, which is no doubt part of the secret to his success in his work.
Find out how Steve found his way to Castelli and about his enthusiasm for cycling. 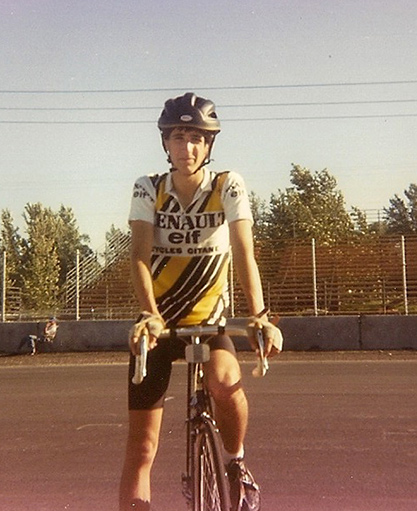 Tell me how you fell in love with cycling.
I’ve always ridden and I’ve always liked cycling. When I was 13, my parents gave me a road bike, and just a week later my friend and I set out on a 155 km ride. There were no cell phones then, so you can imagine how worried my parents were when I didn’t come home. That ride, which took us 12 hours, was basically where it all started.

What does cycling mean to you?
It would be trite to use words like “passion” or “love.” As a kid you have fun going over jumps and riding on gravel or rough roads. Then you grow up, and you start to enjoy the effort; you ride to stay in shape and to keep challenging yourself. But then you realize that the beauty of the sport is also in the tactics and teamwork — it’s not just having the strongest legs that matters. So what I’m saying is that for me, cycling is a combination of many things that have accumulated and evolved over the course of my life ever since I was a kid.

You developed a passion for this sport when cycling was not very popular in America, right?
Yes, kind of like an Italian who takes up baseball. 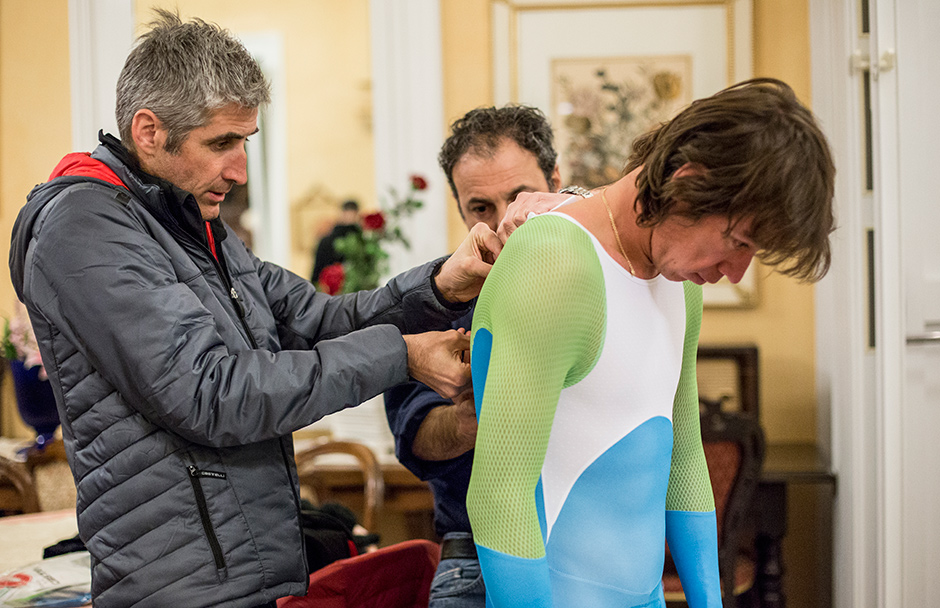 Tell me about your background. You worked at Nike, right?
After I graduated from the university, my first job was at Nike in Portland. I spent a few years in the US, then two years at Nike’s European headquarters near Amsterdam; then I went back to the States.
I worked at Nike for 10 years. I started out in sales analysis, and in Holland I worked for Greg Cowan — who is now president of Castelli USA — doing reporting and forecasting. After I returned to the US I was product line manager for Nike’s sandals and cycling shoes.

How did you end up at Manifattura Valcismon?
I’ve always loved Europe. In addition to the two years in Amsterdam with Nike, I spent a year in France as part of a university study abroad program. So my dream was to move to Italy. I had already taken Italian language courses, and I was actively looking for opportunities.
Tim Maloney, a good friend who was working with Northwave at the time, knew Dario Cremonese and told me that Manifattura Valcismon needed someone to help market their cycling clothing. I already had some familiarity with Manifattura Valcismon products, because I had seen the Mapei kit worn by Johan Museeuw.
So I sent an e-mail to the address Tim gave me, but I didn’t hear back right away. At that time, e-mail wasn’t as common in Italy, and messages weren’t necessarily read every day.
The response came after three weeks. I then spoke with Dario (a 45-minute phone call that cost me about $150!), and he asked me come to Italy for an interview … but would it be worth it to make a special trip from the US to Italy for a first interview?
I had a trip scheduled to Thailand the following week for Nike, so I changed my itinerary on the way back to stop in Italy, where I could see Milan–San Remo and then go to Feltre to meet with the Cremonese family. I arrived in Feltre on a warm, humid Sunday and found everything closed. I even saw “Yankee go home” spray painted on a wall. I wondered what kind of place I’d ended up in!
But in fact it was the country that I had always loved and wanted to get to know. A week after the interview the family made me an offer, and we decided to make the move. We sold everything we had, gave the cat to my wife’s parents, and left for Italy. 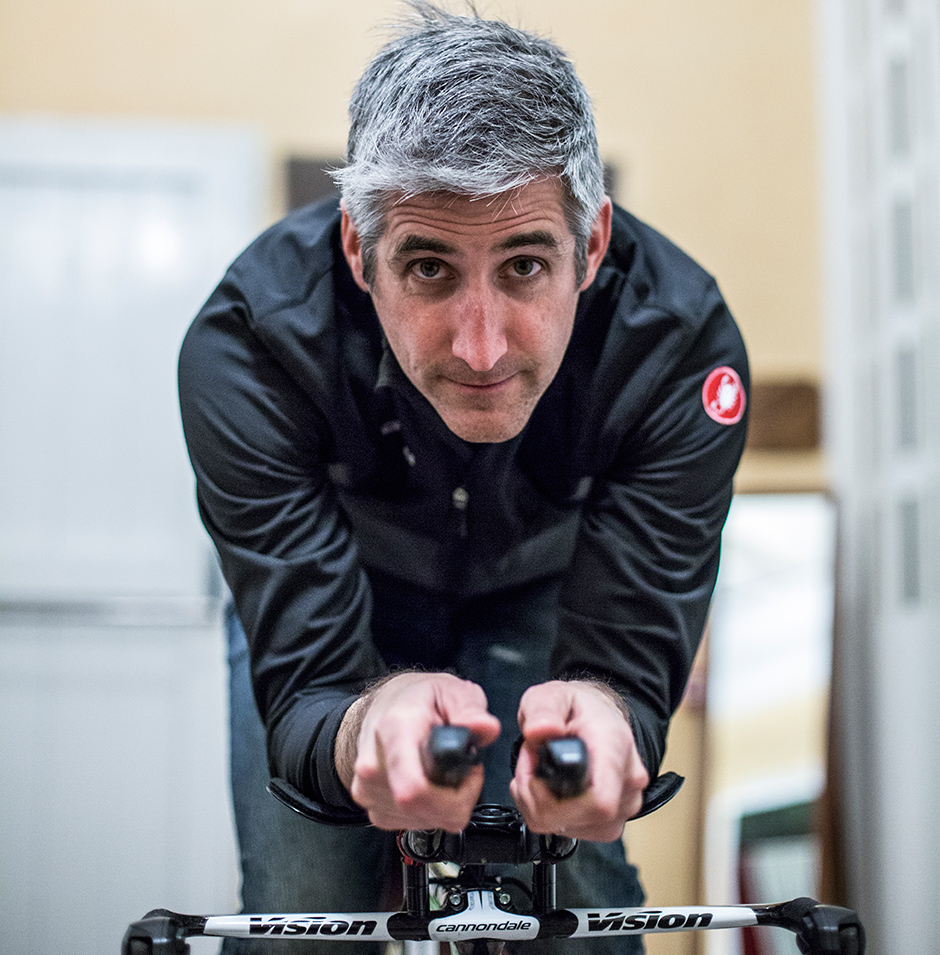 What role did you play in Manifattura Valcismon’s acquisition of Castelli?
In terms of the administrative part, none. It was the doctor and the rest of the Cremonese family who made the decision and negotiated the acquisition in 2003. Later, I was involved in reorganizing the American division of Castelli, which was in some turmoil at the time. I spent all of 2004 getting Castelli USA sorted out, and in 2005 I became Castelli brand manager, a role that allows me to follow all aspects of the brand.

Brand manager, but especially innovator. You’re the one who finds the solutions for the pros, and from them you then get new ideas to incorporate into the collection, right?
Well, not everything we do for the pros is transferrable to the regular collection, but trying to understand the essence of the matter with the pros is essential if you want to create top-quality technical clothing.
Being brand manager doesn’t necessarily mean inventing products, but rather overseeing every aspect of the brand. Of course, always being ready to pick up on every little innovation and every hint from the athletes we sponsor is essential to managing the brand in the best way. Riding and loving the world of cycling are critical as well. Riding is the only way to discover things and understand what improvements need to be made to the products.

Tell me about your greatest innovation.
Everyone assumes it’s the Gabba, but I actually believe that the Aero Race Jersey, even though it gets less recognition, has done more than anything to change the way cyclists dress. Everyone knows the Gabba because it’s a unique piece and the trademark black version was immediately very recognizable when it was launched on the market, but the Aero Race Jersey has quietly revolutionized the way all cycling clothing is viewed. “Technical” cycling clothing used to mean just that it wicked sweat away; aerodynamics was only for time trial skinsuits. But the Aero Race Jersey highlighted how important aerodynamics is in everything.
Another invention that I love is the Tempesta line. Using it makes me realize how it opens up the opportunity to ride even in conditions that you would never have considered before. It really changes your perspective. Before, no one would even think of going out for a ride when it was raining — except for professionals, who are always willing to race in a downpour, but that’s because it’s their job. With Tempesta, riding in the rain is almost fun! Today I wanted to go out at lunch. The forecast was for rain and I was ready for it. Then when I looked outside and saw that it was certain to stay dry, rather than putting on a different kit I decided not to go out at all! 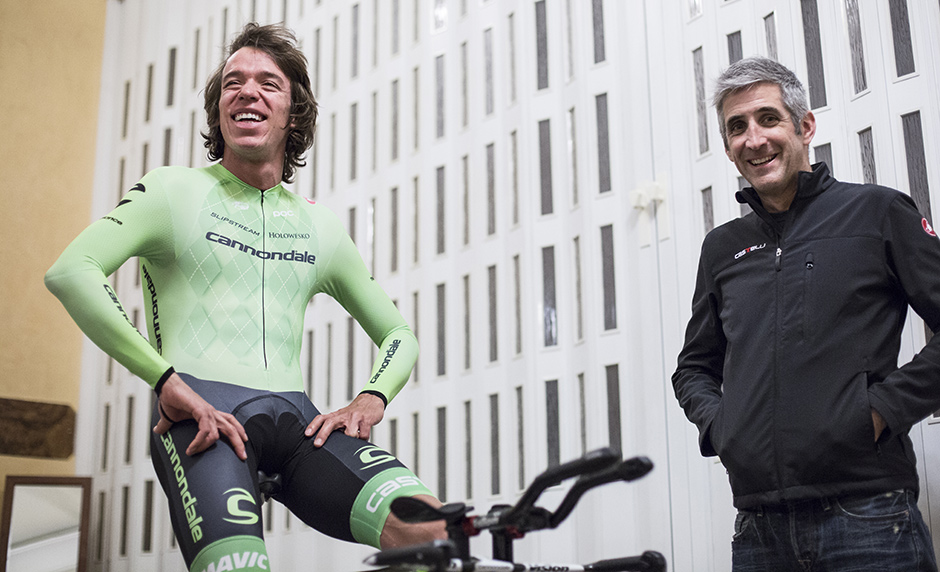 What’s the best part of your job?
Inventing new products.

And the worst?
Expense reports. Don’t even ask!

Which is better: beer from Pedavena, produced 5 km from our office, or beer from Portland?
I’m actually not a great beer lover. I only drink it on social occasions — at events or with friends.

Well, I’ve always seen you drinking beer at Castelli dinners, so it’s clear that team building is important to you.
[Laughs.]