Keeping track of cycling gear when going to a race or training camp can be a hassle. The Castelli race bag collection is constructed from incredibly strong and water resistant materials, smart design, and enough storage space to handle any contingency you might encounter.

ROLLING TRAVEL BAG
Castelli describes the Rolling Travel Bag as “perfect for a weekend race trip”. At 35cm x 42cm x 25cm it’s small enough to be considered hand luggage with most airlines but with a capacity of 42 litres it also allows you to store a reasonable amount. 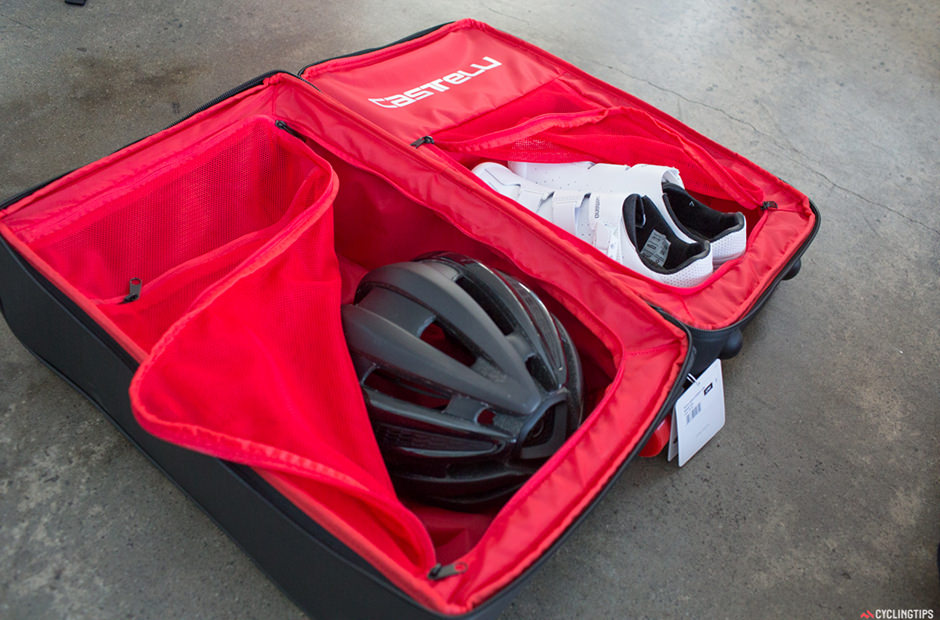 The bag features one large internal pocket and one smaller, padded pocket, in addition to an external pocket which contains a pouch for storing your valuables. The “low density wheels” ensure the bag rolls smoothly to begin with — the real test is whether they stand up after months and years of being dragged and bashed across a variety of surfaces.
In addition to a telescoping handle for wheeling the bag, there are two handles — one on top and one on the side — to grab the bag easily.

ROLLING TRAVEL BAG XL
The Rolling Travel Bag XL is effectively a larger version of the Rolling Travel Bag with a handful of additional features. At 80 litres it has a considerably greater capacity than its smaller cousin and has reportedly been “designed for extended travel with features that will not only get you to your destination and back but will help you to organize, protect you gear from the elements and excessive baggage handling.” 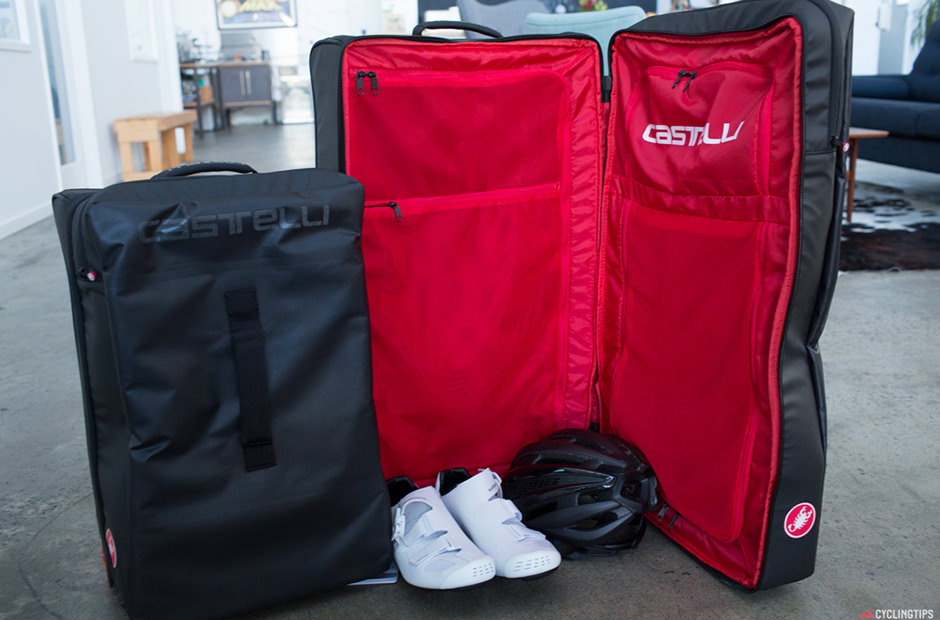 We didn’t have enough time with this bag to put it through the rigours of being thrown around by airport baggage handlers. This will be its real test. While the construction appears sturdy enough on initial inspection, it will be interesting to see how it performs after several long overseas or domestic flights.

The Rolling Travel Bag XL has an additional handle when compared with the smaller version (on the side) and there are a number of smaller pockets, including a small padded section which is perfect for storing valuables.

GEAR BACKPACK
The Castelli Gear Backpack is “designed for everyday use” and has a “light, weather resistant construction” which, along with, “dual density 3D mesh padding” makes this back “comfortable and durable”, according to Castelli.

Like any good backpack Castelli’s offering has plenty of pockets for stashing various pieces of gear in, including a lightly padded laptop section. At 26 litres, though, the backpack’s capacity is rather limited.

Covered zips help prevent water from leaking into the bag. However, the lack of a retractable, fully waterproof covering for the backpack, as employed by some other manufacturers, might mean this isn’t the perfect solution for all-weather commuters. That said, cyclists will appreciate the two straps on the front of the backpack which have been designed for attaching a helmet to.

At 71 litres this bag is a great option for any cycling trip — just throw all your cycling gear in and you’re good to go. In addition to the main pocket there are a number of smaller pockets to help split things up.
Perhaps the most exciting part of the bag, from a cyclist’s point of view, is the vented pocket designed for keeping smelly shoes or dirty laundry separate from the rest of your gear.

UNDERSADDLE MINI AND UNDERSADDLE XL
Both the Undersaddle Mini and Undersaddle XL saddlebags feature covered zips which will help rain and wheel-spray from seeping in. The Mini is big enough to house a spare tube, multitool and some tyre levers, but not much more. The XL will allow you to store an additional spare tube and a minipump, the latter in an elasticised mesh section on the underside of the saddlebag. 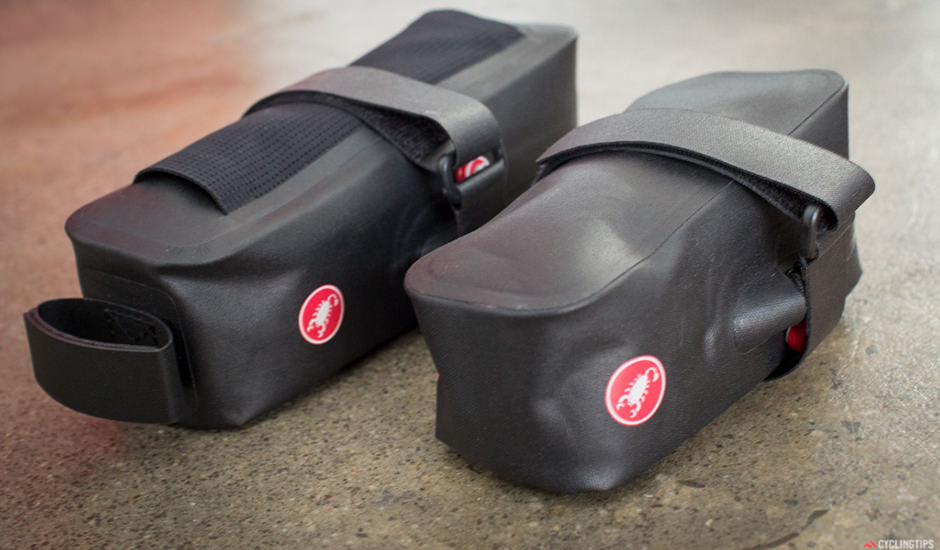 All featured bags are already available in stores and online.
Visit the Castelli website for more details.