It would seem three really is the magic number, as Isabeau Courdurier and Martin Maes continued their unbroken winning streak at the third round of the Enduro World Series in Madeira.  Despite battling through eight hot and physical stages beneath a searing Portuguese sun, both Maes (GT Factory Racing) and Isabeau Courdurier (Intense-Mavic Collective) barely missed a beat – stamping a commanding lead on their competition from the start. 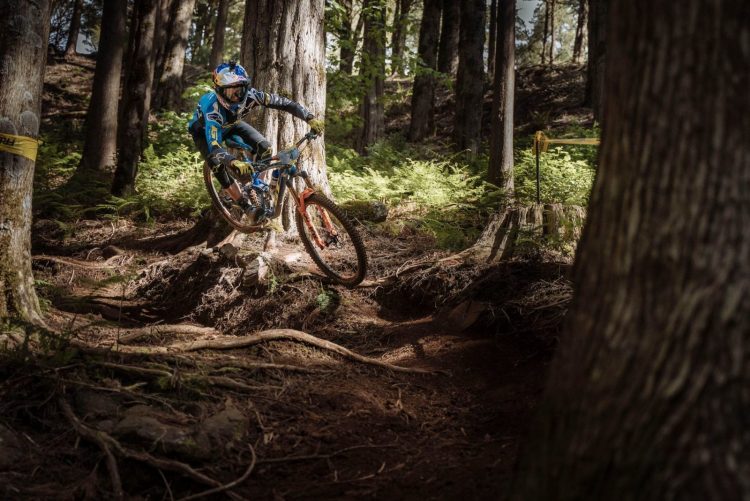 Round three, EWS powered by Freeride Madeira, saw two days of incredible racing across some of the most diverse trails imaginable – from roots and rocks to loamy berms and exposed, cliff top trails high above the Atlantic Ocean. With over 60km of pedalling and over 3600m of descent, riders were pushed to the limit as they headed into some of the most remote parts of the island, far from the race village in the Machico Marina. 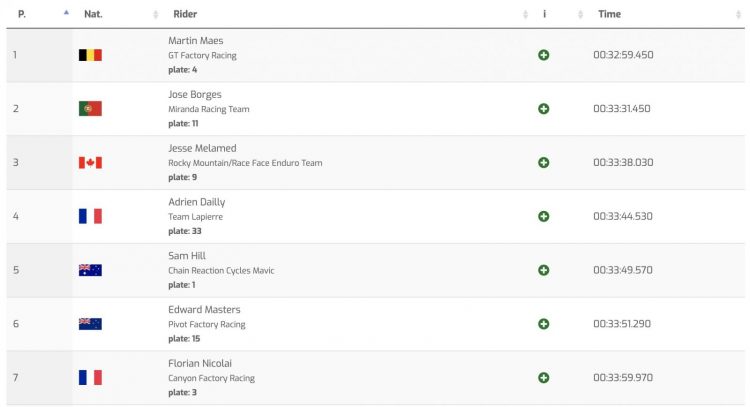 Once more it was the women’s competition who provided the closest racing of the weekend. Race winner Courdurier may have finished the race with an impressive lead over second placed Noga Korem (GT Factory Racing), but Noga was the only woman who could claim a stage win from her. Reigning U21 Champion Ella Conolly from Scotland’s category change left her unfazed – in just her third race in elite she finished the day on the third step of the podium – and that was despite her dropping her chain on stage six. 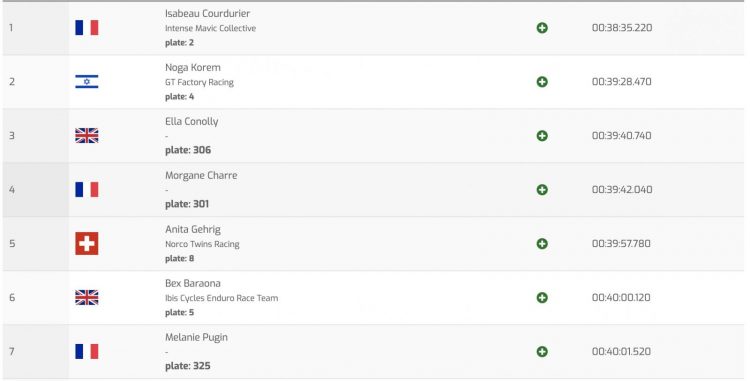 In the men’s race Martin Maes push for the overall went unchallenged, with his closest rival Jose Borges (Miranda Racing Team) delighting the home crowd with his best finish to date in second place, 32 seconds behind Maes. Stage wins on both five and six boosted Jesse Melamed’s (Rocky Mountain/Race Face Enduro Team) overall standing and two years after the podium was so cruelly snatched from him in Madeira by a mechanical, he rode his way to third place.

Antoine Vidal (Commencal Vallnord Enduro Racing Team) cemented his series lead in the U21 category with a win, with New Zealand’s Brady Stone in second and Duncan Nason (Yeti/Fox Shox Factory Team) rounding out the podium in third. Ireland’s Leah Maunsell was flying the flag solo for the U21 Women, but put in some blistering times nonetheless.

The Series returns on June 29th for round four, MET Val di Fassa EWS, in Italy.