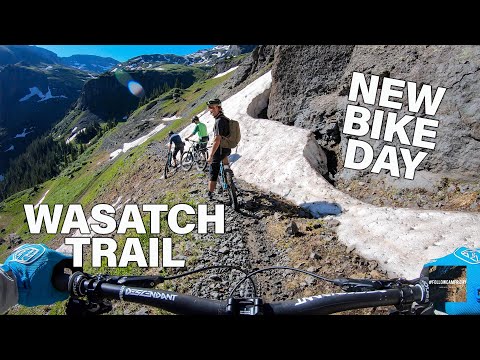 First ride on my newly built Yeti SB140. As if that isn’t reason enough to get excited, this is my first ride on the infamous Wasatch Trail in Telluride, Colorado. Throw in some snow patches after an epic winter, Mr. Joey Schusler, and you have yourself a bike party. #followcamfriday surfing snow. Huge thanks to Jonathan Yaseen and Nate Smith for the lap. Yeti Tribe weekend was a blast!